The number of humans living on Earth is expected to increase from 7.3 billion to 9.7 billion in 2050. Everyone has to eat. Hunger causes political unrest and reminds us that as lofty as our goals and accomplishments may be, we still need food to function at the most basic level.

A full stomach is often taken for granted in the developed world, but did you know that about 795 million people do not have enough food to eat? The task of ending world hunger is already difficult. Shockingly, the Food and Agriculture Organization (FAO) says agricultural production would have to rise by 70 percent to meet the projected demand for people in 2050.

This has caused profound pessimism as well as innovation. Companies like Soylent have aimed to do away with food altogether – it has designed nutritionally complete goo that may be used to replace meals. However, not everyone is ready to take the total plunge away from food and in to a possibly dystopian future.

Perhaps a better way to feed the masses would be to focus on sustainable agriculture.

What Is Sustainable Agriculture?

Sustainability is the ability to continue on in the future. In the context of agriculture, it means we will not damage the ecosystem nor our bodies in the process of growing food to eat. It has nothing to do with buzzwords like organic, non-GMO or free range.

In fact, organic farming can actually be worse than conventional farms for the environment. There isn’t strong evidence showing organic foods add nutritional quality or safety to foods. They use more land to produce lower yields than conventional crops and may contain organic pesticides which can be just as harmful as chemical ones. They also can cost a whole lot more than their conventionally farmed counterparts.

Organic agriculture has been used for millennia. This doesn’t make it better. In contrast, improved food storage, industrialized agriculture and genetically modified organisms (GMOs) have revolutionized the way we eat. Every American farmer now is able to feed more than 155 people each worldwide.

GMOs have enabled the U.S. to maintain a steady food supply. About 90 percent of soybeans and 70 percent of corn in the U.S. now have the ability to resist the herbicide glyphosate – conferring Roundup Readiness, or the ability of some genetically modified crops to stay alive while weeds die around them when sprayed with Roundup – that have significantly increased yields.

About 80 percent of corn in the U.S. now is able to resist insects as well thanks to the Bt trait, another form of genetic modification. This has decreased the amount of pesticides needed to maintain corn supplies, and less pesticide is better for both the Earth and for your body.

What did you eat yesterday? Unless you are conscientiously vegetarian or vegan, I bet you had at least one meal with some hearty meat in it. Industrialized animal farms are likely the reason that you can afford to buy as much meat as you want – perhaps for two meals each day, or about 0.36 pounds of meat per day like most Americans. As people move from poverty to the middle class, they will want to eat calorie and protein-rich meat. As incomes around the world rise, so does the demand for meat.

However, there has been major backlash against modern farming techniques, despite the fact that major health organizations have stated there is no evidence they are unsafe. There is nothing wrong with being a picky eater in a country where everyone can afford food, but allowing this fear to prevent the hungry in developing countries from achieving a stable food supply is wrong.

So what can you do to minimize your impact on the environment while making sure humanity is able to increase its food supply by 70 percent in 2050?

The best thing you can do is support the advancement of agricultural technologies. Improvements in farmers’ productivity will increase yields, feed the hungry, require less space and bring all of us lower prices for food.

Using your dollars to support the market for smart, sustainable agriculture will allow these technologies to spread to other countries, reduce hunger and support the innovation required to increase the food supply for a quickly growing population.

Megan Nichols enjoys discussing environmental issues and other scientific discoveries on her blog, Schooled by Science.

Which Pets Would Benefit from Superworm Nutrition? 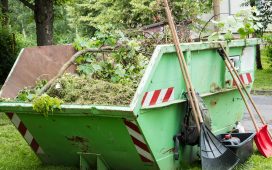 5 Smart Ways To Dispose Of Your Gardening Waste

Reduce Packaging Waste In Your Business In These 5 Steps

From Skip Bin Hire To Composting: 4 Ways To Be A More Sustainable Foodpreneur

The Importance of Recycling Plastic and its Benefits 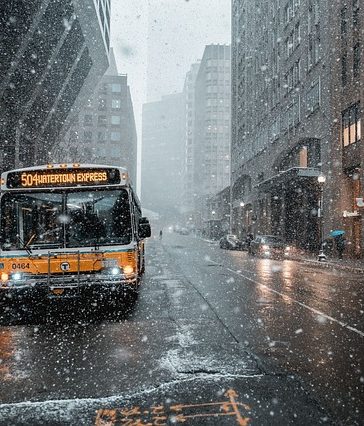 Which Pets Would Benefit from Superworm Nutrition?

5 Smart Ways To Dispose Of Your Gardening Waste

Reduce Packaging Waste In Your Business In These 5 Steps