The headline from a publication 80 years ago about solar energy was an intuition of what’s happening with solar energy. Thousands of people embraced the transition to green technology because of the dangers of fossil fuels to the environment, which is global warming’s main catalyst.

Solar energy is here to stay with NASA stating that there is, 6.5 billion years of life left in the Sun. In fact, solar technology evolvement means outright competition with traditional electricity sources. The world’s leading space agency also claims solar energy’s domination in a couple of decades.

This is energy produced by the sun known as photovoltaic energy for electricity generation. It’s a renewable source of energy harvested using photovoltaic cells or mirrors.

There are various reasons thousands of homeowners are shifting to solar energy, but making better the environment and saving energy cost reduction are the main. Many peoples’ consciousness of the fact solar is ideal for energy effectiveness also adding a property’s value.

Whether the reason for using solar is personal, economic or environmental, the lengthy list addresses everyone’s needs.

According to many people, solar panels installation is one of the processes and it’s forgotten. Well, it’s true to some point but in order to get the optimum use of tour solar panel, a solar tracker is needed.

Solar trackers are installed on panels and their purposes are change and follow the sun’s direction. They are used on ground-mounted solar panels and large solar trees.

Although there are various methods of controlling solar trackers, the two most common implementations used are compressed air and electric linear actuators.

Linear actuators are an ideal for operating your tracker because they’re easy to set up, zero to no maintenance required and operate in tough conditions. They are quiet and accurate ensuring optimum movement notwithstanding harsh climate.

In order for the solar tracker with linear actuators to work effectively, installation of a thermal sensor is required. This ensures it’s on the same path as the sun throughout the day.

Progressive actuators offer inexpensive solutions for solar trackers throughout the day. Due to harsh weather, a linear actuator with a force of more than 2000lbs is required for optimum performance.

Solar tracker Usage, When to Use

Since most homeowners install solar panels on rooftops, a solar tracker isn’t required and isn’t included in a majority of solar systems. Solar trackers come in handy in areas with a high altitude all year long.

Typical usage of solar trackers is on large-scale solar farms producing more than 1 megawatt. The return on interest for commercial solar plants and future benefits make up for the capital and maintenance costs put incurred. In addition, solar panels used in large-scale energy production set up in on the ground making it ideal for trackers.

Although it will take time before solar energy effectiveness by the masses is felt, the ones that have reaped the benefits. In addition, the cost is a major hindrance but the returns are worth it. You as an individual and environment benefits from using this type of clean energy.

Solar trackers enhance a solar panels ability to produce electricity. Linear actuators use together with solar trackers enables optimum electricity generation. Though expensive, it’s a worthwhile investment with usage in even the remotest of places provided there is sunlight. Efficiency is important when it comes to solar energy and there’s no doubt actuators assist in this. 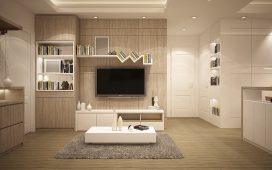 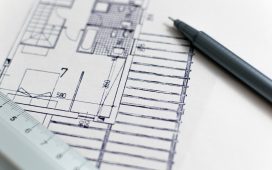 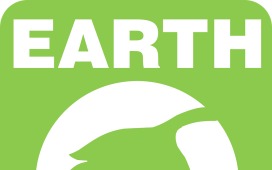 5 Tips for Building an Eco-Friendly Wardrobe

A Homeowner’s Guide To Energy Ratings And Efficiency