The ability of fixed buildings to blend into the surrounding landscape and be green solutions is a challenge that requires some creativity by architects and builders alike. Certainly, there are many ways that a warehouse storage facility, an office or another large structure can be made to be less obvious within the landscape of rural locations.

Temporary buildings need to fit into the natural landscape in rural locations. This can be a challenge at times. The Midlands has plenty of rolling hills, green landscape, and trees. The temporary buildings provider Smart Space understand the challenges of providing a suitable building that won’t look out of place in rural surroundings. After all, the last thing either the council or the eventual user of the building wants is complaints from a neighbour about the new eyesore erected nearby.

The changing sensibilities towards going green has been a big push from the UK government for a few years already. Planning permission for buildings must now consider the surrounding landscape far more than ever before. Construction time and manhours are also considered too. How a building affects the local community shows an appreciation for keeping green areas unspoiled. It’s factored in more readily, even if the building would help create jobs in the local community too.

Things are not the same as before.

The UK has been going through an overhaul in the last few years with regards to environmentally friendly policies. A good example of this is the free and paid schemes to help homeowners buy a row of solar panels, a battery bank to store the collected energy from the sun, and an inverter, where necessary, to safely access it.

Some schemes encouraged homeowners to invest in solar energy because it had several benefits. It took the pressure of the UK power grid and local power providers as energy demand grew and providers sometimes struggled to keep up with demand. Schemes offered to buy excess energy harnessed from the sun to feed into the grid. Subsidies were provided to pay per kilowatt generated, allowing homeowners to pay off the cost of setting up their solar system in fewer years.

Also, as the cost of solar panels came down as the technology aged and mass production became more of a reality, the cost-benefit made sense. Homeowners also liked the energy independence and being greener appealed to a UK population that had begun to exhibit changing tastes.

Looking Appropriate in the Green Belt

The local council was determined that as part of the new Construction Design and Management Regulations of 2015, any new building in the green belt should blend into the surrounding area. For a functional structure used to house goods, that’s easier said than done. The 19,000 square feet of covered space erected by Smart Space on behalf of local company, Linecross, needed to look just right.

The olive-coloured walls were the first change to blend well with the background, which was mostly grass, plus some trees too. The dark green hue of the walls wouldn’t stand out and was deliberately trying not to attract undue attention to itself. The roof covers were grey to avoid reflecting too much light or to stand out either. They looked light orange from the inside when the sun was out, which also helped to provide some natural light bleed through too.

Temporary buildings are becoming more popular than ever. Whether needing to be used for covered storage of goods, as in the case of the Linecross structure detailed above, or for another purpose, erecting a temporary structure is quick to do once planning permission has been authorised. The temporary structures can go over an area without necessarily spoiling it because they don’t always have to come with a concrete flooring – some structures are essentially walls and doors and a roof without a defined floor.

Permanent structures tend to be larger and taller than temporary ones. Perhaps the reason is that they’re sufficiently expensive to get designed through an architect, seek planning permission, and complete the building phase that a one storey building almost seems like a waste of effort. So, the thinking goes, if you’re going to use the land, build something with multiple stories to make the best use of it. Unfortunately, this doesn’t consider the environmental impact or whether the structure suits the environment it’ll be surrounded by. After all, a building and the people who work there don’t exist in a vacuum; there’s the environment all around them that must exist and flourish after they’re long gone.

Less is More with Temporary Structures

Basic, temporary structures tend to have fewer facilities because their established role to play in an organisation is far more limited. Typically, they’re planned and erected with specific purposes in mind. They won’t be around several years from now, so more planning goes into why they’re needed in the first place, what they’ll be used for, and how to not damage the local area in the process.

When the need is more defined, temporary buildings are built using environmentally-friendly materials. The building plans include what’s required for the planned tasks, but not more than is needed. Most structures are not multi-use ones with an undefined role requiring more infrastructure. Therefore, the walls are right for the environment and the purpose of the building. The lighting and heating are suitable for the type of work being conducted inside or the storage or other purposes the building will be used for. The lack of overbuying building materials or interior fixtures and fittings means less environmental damage because of less production.

Not a Permanent Solution

The nature of temporary buildings is that they are purposed for a period of three months up to 2-3 years, at best. There’s no desire for a temporary building to still be standing in 10 years’ time. That’s to say, it won’t be. Temporary structures are built using component parts that can be slotted together to erect the building – and taken apart too. Unlike permanent structures, limited use temporary structures can be broken down and taken away again. The land is then available to be used in different ways.

Projects Can Go Ahead That Don’t Hurt the Environment

The lack of permanence, along with the ability to dismantle the building itself, means that short-term projects can be put in place where a building is required for six months to tackle a specific project and then dismantled and removed completely. In a situation where a permanent structure would be completely unacceptable from a long-term environmental damage concern or lack of suitability in the chosen location, a short-term building erected for a purpose with the cast-iron agreement to remove it after the project is finished makes important projects possible in an area that otherwise wouldn’t be possible.

Whether for local authorities, companies or other organisations that are environmentally conscious or mandated by law, purposeful use of short-term structures helps to get necessary things done in unlikely places. Even projects that do create an eye-sore for local people can sometimes be justified and approved because of their important purpose and short-term use before being dismantled on a fixed date.

Short-term buildings take care of local people concerned about the cost to the environment of the project because they can be brought into the discussion to ensure their voices are duly heard and respected. Doing so helps ensure the local community feel heard. Whether just for the feel-good factor, it being the right thing to do, or when needing to get re-elected, environmental concerns are now being baked into project planning rather than as an afterthought. This is good for everyone concerned.

The use of temporary buildings is growing. Along with new regulations to ensure that projects are not planned in locations that will affect the environment in negative ways, ensuring that buildings are not inappropriately situated is being given greater sway by local authorities. Clearly, people being more vocal about environmental issues is having a meaningful effect (finally) at the local level. Companies keen to not be seen in a bad light or have their brand hit the headlines in the local papers and then picked up by the national and international media are changing with the times.

For anyone interested in green topics, the news is good. Flexible building structures limit or prevent damage to the environment especially when compared to permanent buildings. With long-term buildings often avoided in favour of multi-year usage structures erected for a specific purpose, companies can save money, avoid needing to relocate or divide up their workforce into two separate locations and look good while doing it. Employees who care about being eco-friendly will appreciate the effort their employer goes to with its buildings, which is likely to lead to lower staff turnover with reduced costs for recruitment as a result. For both companies and the environment, it’s a clear win-win. 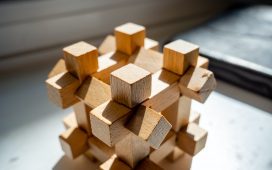