Opinions about vaping are varied and strong, with some touting it as an excellent cessation aid, while other claim it as some sort of sinister plot by tobacco companies to win younger customers who smoke increasingly rarely. With the debate about vaping centered firmly on health, and concerns about the adoption of vaping among young people, it’s easy to miss some of the broader impacts that vaping is having on the world.

While some have concerned themselves about the effect that vaping might have on people, we can clearly see the impact it is having on the environment.

With the dramatic visuals that plastic bags and straws offer the media, considering the visible harm that they do to animals, it’s easy to miss that those aren’t the most serious sources of plastic pollution in our oceans. As plastics break down into microplastics, they become an invisible menace that can enter the food chain, potentially wreaking much more significant havoc. While most plastics take decades or more to break down to this point, the small plastic fibers that cigarette butts are practically designed for it, and do so in a matter of a few years.

Not only does this make smoking a more imminent concern in regard to plastic pollution, it also provides context to the fact that cigarette butts are the largest single source of plastic litter in the world. Nearly 6 trillion cigarettes are manufactured in the world every year, and nearly two-thirds of these are estimated to be improperly disposed of.

While action, such as Boyan Slat’s The Ocean Cleanup, is being taken to manage larger waste pieces, microplastics aren’t something we can simply remove from the oceans once they are there. The only solution is to eliminate them at the source.

Many countries have taken steps to manage microplastics by banning the use of plastic microbeads in exfoliants, or limiting other plastic wastes. Very few countries, however, regulate the disposal of cigarette butts in any way, and it’s doubtful that they could if they tried. Vaping devices such as the MIQRO vaporizer, however, is already beginning to resolve this problem.

Vaping is replacing traditional smoking in many western countries, particularly among young people. Over the next several decades, this will increasingly marginalize and, eventually, perhaps eliminate traditional tobacco smoking. Vaping devices don’t contain fibrous filters, and their wicks are typically made of biodegradable cotton. The tanks that hold the vape juice are refillable, and none of the device’s components are liable to degrade rapidly once discarded.

While the debate about vaping might continue for a long time, it’s important to take note of the fact that the world needs a solution to cigarette butt pollution. In absence of other concerted action, vaping appears to be stepping up to save our environment from traditional smoking.

Ashley Wilson is a writer for smokingthings .com, an online vape shop doing its part to change global smoking habits. Check out our website here.

5 Tips for Building an Eco-Friendly Wardrobe 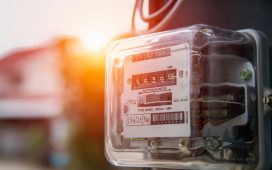 A Homeowner’s Guide To Energy Ratings And Efficiency