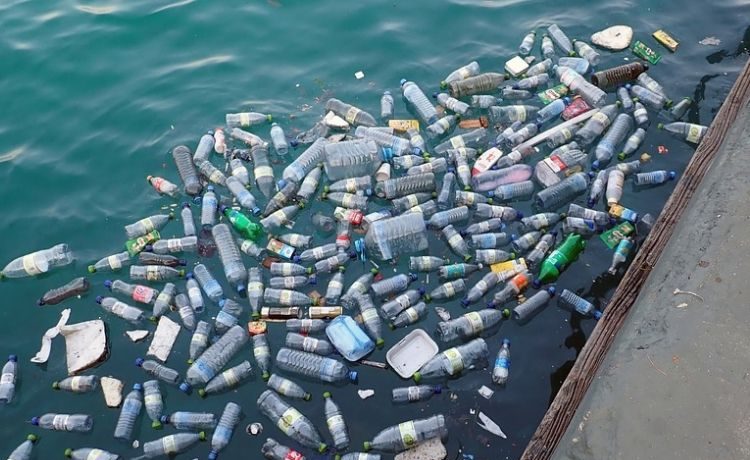 Plastic was only invented some 100 years ago and it is literally everywhere you look nowadays. In your coffee cups, plastic bags, plumbing, clothing, contact lenses etc. It’s incredibly easily to mass-produce and so cheap – it’s no wonder we find ourselves in this current predicament of massive plastic pollution.

Since large-scale production began in 1950 we have produced 9.2 billion tonnes of plastic. And unfortunately, they don’t break down for 500-1000 years, and even when they do, it’s into small harmful chemicals.

Of the 335 million tonnes of plastic produced in 2016, only 9% was recycled, 12% burned and the remaining 79% is left untreated. Whether that’s disposal in landfill, the environment or it’s still in use – 30% of all plastics ever made are still being used. But sadly we’re finding 8 million tonnes of plastic are being dumped in our oceans each year. Oceans are downstream of pretty much all terrestrial landscape, so it winds its way to a lower ground into our waters. That’s the equivalent of a garbage truck dumping its load into the ocean every minute. Therefore, the United Nations has stated at least 800 species are badly affected by plastic pollution.

How did we end up here?

Isn’t it crazy that we have consumed so much single-use-plastic, sometimes literally used for seconds, that when we throw it away, then it will remain in the environment for a millennia…

40% of plastics are used for packaging, so once you’ve received your parcel, eaten your food and such like, it gets chucked away.

And it’s so easy to see why we’re in this predicament – because microbes cant degrade the stuff, and the only permanent disposal route is incineration. Which in itself isn’t exactly environmentally friendly. You really have to think about what toxins are emitted from fire and how best to capture the gases. It’s clear plastic has liberated us and yet enclosed us in a mountain of the stuff.

The thing is, we’ve known about plastic pollution since the 1960’s from scientists during ocean studies of plankton. But we can’t stop producing it because there are no viable alternatives right now.

Effects on the environment

One of the hidden killers is microplastics. They are very fine pieces of plastic particles. So we’re walking about far smaller than microbeads that are still found in some cosmetic products (countries like the U.K, U.S and Canada have banned them) and plastic pellets – the raw materials of larger plastic structures.

How are they made? Well, plastics that end up in the oceans are exposed to saltwater degradation and U.V. rays, breaking down into tiny particles. So the problem of plastics hasn’t actually gone away – its just been broken into smaller pieces that some would argue is even worse. Because now you have a larger surface area and a greater absorption rate. Meaning, the microplastics can readily absorb harmful chemicals like PCB and DDT that persist in the environment for a long time. BPA is another one that’s used in the manufacturing of plastics, and although it’s come under scrutiny in recent years, it isn’t fully banned. Although the European Union and Canada have banned it from baby bottles. Its know to cause hormonal disruption and reproductive problems in animals and humans.

The plankton species are at the base of the food chain – it’s our foundation upon which we live. This is what’s called bioaccumulation – the plankton assimilates the microplastics and toxic compounds and it moves its way up the food chain as larger and larger animals feed on one another. As a basic example, a phytoplankton has ingested some plastic and is eaten by zooplankton, which in turn is eaten by krill, shrimp eat the krill and humans eat the shrimp. And guess who receives the highest concentration of plastics? Us – Homo sapiens. The concentration of chemicals increases as you move up the food chain to the point where we eat the largest animals.

And it’s not just the microscopic animals. Turtles and albatross will mistake plastic for food, which they’ll either choke to death or starve from. The plastics take up space in the animal’s stomach, tricking their bodies into thinking their full. But in reality, they aren’t consuming food and gaining nutrients.

Not surprisingly, it’s the poorer nations. Some places, such as Mumbai India, don’t even have a garbage collection service. So what do they do? Throw it into the nearest river, or dispose of it in a massive landfill slump, where high winds and storms will transport it to sea. But what else are the people suppose to do? Its not like they can just keep the trash in their house, and if government funds aren’t available for waste management, they’re left with little choice.

To tell the truth, some places are worse than others but the entire world is chocking in plastic. Microplastics are in everybody’s drinking water. Scary, right? Orb Media conducted a study and found 83% of samples collected across 5 continents was contaminated with microplastics. 94% of all samples in the USA tested positive. Plus, there’s hardly any research around the effects of microplastics in drinking water. And if it’s in our drinking water, there’s no doubt its in our food as well. And it comes from the unlikeliest of sources:

On our current forecast, we could possibly triple our plastic production by 2050 as our population reaches 9.6 billion. This means that plastics will outweigh the fish in the ocean by 2050.

Figure C – projections for waste going into 2050, as population rises

Looking at the graph, waste generated will exponentially rise, which makes sense: more people = more waste. We can’t really do much about that as people go about their daily lives. But we definitely can implement waste control strategies, and at least we can see a fairly prominent increase in incineration and recycling. This is a heck of a lot better than landfill disposal or directly into the natural environment.

Don’t get me wrong, the best-case scenario is not using plastics at all: substituting for something else. But as technology advances we will continually look at an alternative, which is going to be incredibly difficult. What other materials do you know that literally appears in everything. Can we use this material in our medical devices and to wrap up our sandwiches in the morning? Only time will tell.

Donald Eide is an E-commerce business owner. His company, Honey Gusto, specializes in the manufacturing of medical devices and healthcare products, and has a blog dedicated to it. However, he does have a passion for preservation of the environment and likes to write about it in his spare time, spreading knowledge and concerns with others. He holds a BSc. in Geology and an MSc. in Environmental Health.

Kurzgesagt – In a Nutshell (2018). Plastic Pollution: How Humans are Turning the World into Plastic. Available at: https://www.youtube.com/watch?v=RS7IzU2VJIQ [Accessed 11 May 2019].

Reddy, S. (2018). A dead albatross chick with plastic debris in its stomach.. [image] Available at: https://www.pewtrusts.org/en/research-and-analysis/articles/2018/09/24/plastic-pollution-affects-sea-life-throughout-the-ocean [Accessed 12 May 2019].

Tyree, C. and Morrison, D. (n.d.). INVISIBLES: The plastic inside us. The Trust Project. ORB. 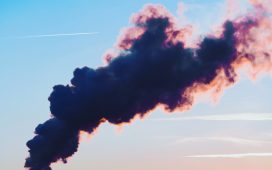 Save the Earth: Weighing Up Carbon Tax Pros and Cons

The True Facts of Plastic Bottles 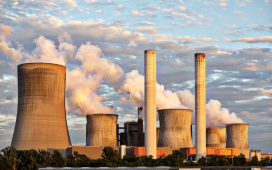 Major Examples of Primary Pollutants in Our Environment 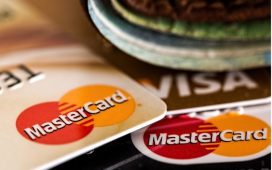 Are Credit Cards Changing to Help the Environment? 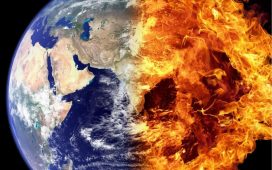 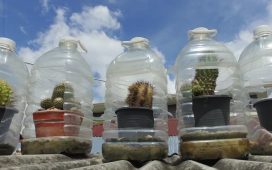