Studies have shown that eating a diet rich in naturally grown products can be better for your overall health, but the truth is that not all so-called natural diets are the same. Over the past couple of years, Non-GMO foods and products endorsed by the Non-GMO Project have doubled in sales, while sales of products certified organic by the U.S. Department of Agriculture have seen slower growth.

What could possibly be wrong with buying products labeled as not containing genetically modified organisms? A lot, as it turns out. In fact, non-GMO products in some cases could contain similar amounts of toxins as conventionally farmed products.

This is not to say that non-GMO products are necessarily unhealthy. In fact, that’s absolutely not the case for a great many products. But the limitations of the “non-GMO” label are not well-understood by the public, and many people who think they are removing all dangerous toxins and chemicals from their diet could be in for a rude awakening.

Non-GMO labels are helpful for guaranteeing that products are free of genetically modified organisms, but that’s the extent of their value. In other words, a non-GMO label signifies just one quality about the product — that it does not contain GMOs.

Non-GMO foods still can be treated with dangerous synthetic pesticides, including some that have been linked to serious health problems, like cancer and immune system disorders, and they still can contain synthetic preservatives that are put on the food after it’s been grown and harvested.

By their nature, pesticides kill; that’s what they’re designed to do. So eating foods that have been treated with these chemicals introduces a potentially harmful substance into the body, and without examining the farming methods of every non-GMO product you eat, you can’t tell from a non-GMO label alone whether your food has been grown using synthetic pesticides.

Nor can you tell from a non-GMO label alone whether the food you’re eating contains a synthetic preservative designed to make it easier to transport and longer-lasting once it’s on store shelves, and many of the most commonly used preservatives are anything but naturally made.

In addition to using synthetic pesticides, many non-GMO products are treated with the controversial and potentially deadly herbicide glyphosate, also known by the brand name Roundup. Roundup and glyphosate have been linked through research, regulatory decisions and jury verdicts to non-Hodgkin lymphoma, and the maker of Roundup, Bayer AG/Monsanto, has been ordered to pay hundreds of millions in compensation to several people who became ill after long-term use of the weedkiller.

While conventional farming methods will often make it more likely that glyphosate will be used (thanks to GMO products like Roundup-ready seeds), many non-GMO farmers still choose to treat their fields with glyphosate as a way to make harvesting easier.

“Every single consumer should be very concerned about the presence of glyphosate and Roundup in their food,” said Michael Bennett, editor-in-chief of WeedKillerCrisis.com. “The risks of consuming food that’s been treated with glyphosate are much too high to ignore, and while it may be slightly less likely that non-GMO farmers will use this toxic chemical — because they’re not using Roundup-ready seed — a non-GMO label by itself simply does not provide the assurance that what you’re putting on the table won’t contain any glyphosate.”

Bayer AG and its subsidiary, Monsanto (which invented Roundup), are facing more than 13,000 lawsuits across the country alleging that the product causes cancer, and already, three jury verdicts have determined that the weedkiller is a major contributing factor in non-Hodgkin lymphoma. In addition to Roundup’s connection to cancer, the herbicide has been tied to other serious health problems, including kidney disease and gut-health disruption.

Still, the government does permit the use of antibiotics in agricultural livestock to treat diseases, and many observers believe that farmers still can easily skirt the new rules, which require a veterinarian’s prescription that can be done in the name of “disease prevention.”

Aside from the use of antibiotics, which many researchers believe has helped contribute to the some-400,000 antibiotic-resistant foodborne illnesses that occur each year in Americans, many livestock producers use other drugs, such as steroids, to artificially goose the size of their animals.

Non-GMO meat products can (and many do) contain varying amounts of the drugs used to keep the animals healthy or promote rapid growth of the animals before they become meat products. Nothing in the process of verifying non-GMO practices prevents farmers from using these drugs; all the label means is that the animals have not been fed foods containing GMOs, which is certainly no small thing. That means that the meat you’re eating is different from traditionally farmed meat, but it doesn’t guarantee you won’t be eating the very same dangerous chemicals the animal was fed.

Research is mixed on how dangerous GMO products are, but when it comes to food, how many people really want to take a risk? That’s why non-GMO products are seeing such exponential growth within the marketplace.

There’s another reason why such foods are becoming more and more popular, and it’s a troubling one. Many consumers see a non-GMO label as a cheaper alternative to USDA-certified organic, and in most cases, that’s probably true. That’s because to be certified organic by the USDA means more than just not using genetically modified products, and in that distinction is all the difference. The environmental and health benefits of eating an organic diet cannot be replicated by simply eating non-GMO foods.

4 Eco-Friendly Ways To Indulge In Meat 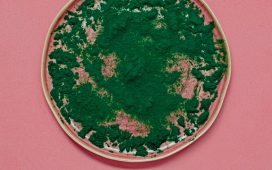 Three super cool foods humans will be eating in 20 years

Tips to Succeed in Running a Catering Business

Life Changing Reasons to Switch to Solar Power at Home