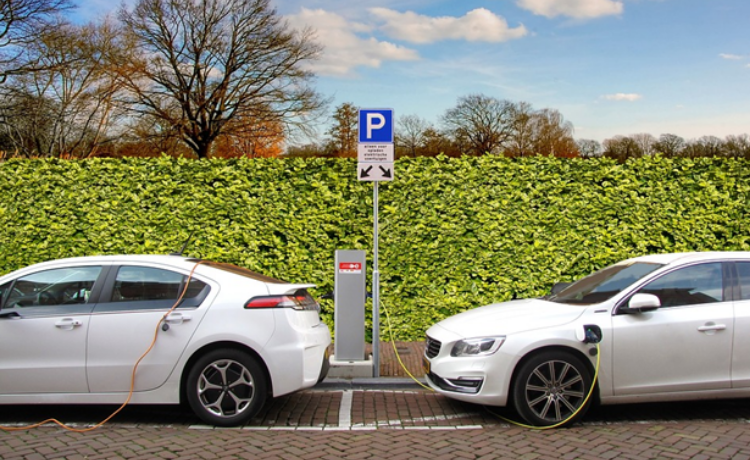 The landscape of the automotive industry is changing quickly. Now, the car is so embedded in our lives that we can easily pick up Enterprise car rental at Pittsburgh Airport or any other location in the world. This is especially true for road travelers.

Among 4-wheeled vehicles, electric cars are gaining more and more popularity. Even 10 years ago, an electric car was associated with a slow vehicle, unsuitable for convenient everyday use due to mileage restrictions and the lack of a wide network of charging stations.

But the world is developing, and now the fastest cars in the world use electric or electro-hybrid power units, while the most ordinary cars can travel hundreds of kilometers on electric drive only.

The question remains: how fast are modern electric cars? Which can accelerate to 100 kilometers in the shortest time? Let’s check the list of the fastest options available on the market today.

This vehicle can accelerate to 100 kilometers per hour in just 7.3 seconds. Its main feature is a 170-hps engine with a fairly powerful battery, which allows the car to travel 330 kilometers on a single charge.

For the convenience of drivers, a special set of adapters was introduced into the basic package of the models, thanks to which the battery can be charged even from a central electrical network.

The BMW i3 can accelerate to 200 kilometers per hour, after which the lock will turn on. Light weight and a low center of gravity increase both maneuverability and the range of the vehicle. Inside, the model has a large display that replaces the dashboard.

Thanks to a separate battery, all the electronics and the backlight don’t consume the main battery. Most of the car body is made of lightweight carbon fiber, which has a good effect on the aerodynamic properties of the vehicle.

The car was developed by General Motors in conjunction with LG Corporation. The concept was introduced in the United States, and it immediately hit the market. In Europe, an electric vehicle is sold under the name of Opel Ampera-E.

For convenience, the developers introduced a ‘single pedal drive’ system into the vehicle, thanks to which the driver can adjust the sensitivity of the brake lever. The only drawback of the model is a massive battery pack with the weight of 435 kilograms, located in the rear. The manufacturer decided to fix this problem and provided customers with a guarantee for a vehicle for 160 thousand kilometers.

The car was introduced recently, but immediately gained popularity thanks to a cameo role in the ‘Avengers: Endgame’ movie. Tony Stark himself was able to appreciate the benefits of the concept car. The model has four-wheel drive, which is why it easily copes with different types of road surface and even rough terrain.

Under the hood, Audi E-Tron has a 335-hps engine. The model can travel up to 400 kilometers on one charge. With a 150 kilowatt voltage source, restoring energy will take approximately 45 minutes. An electric vehicle can accelerate to 100 kilometers per hour in 6.4 seconds.

The German company equipped its new crossover with a special boost-system that increases power by several horsepowers when driving at maximum speed. In addition, the vehicle has a utility for saving energy, but then the speed limit is reduced to 120 kilometers per hour.

This vehicle combines the qualities of an electric sports car and a full-fledged crossover, ready to cope even with the bumpiest roads. Its main feature is a relatively large clearance, affecting its off-road capabilities. The model can accelerate to 100 kilometers per hour in just 4.8 seconds.

The instant transmission of all the torque inherent in electric vehicles makes the Jaguar I-Pace one of the most dynamic vehicles in the series. Under the hood of the model, there are immediately two synchronous power units with 230 hps each one.

Tesla Model X Performance is the most powerful crossover in the company’s production line, and the fastest SUV in the world. Running on batteries with a capacity of 100 kWh, the electric SUV is able to accelerate to 100 km/h in 2.9 seconds.

The speed of the car is limited to 250 km/h to protect the car’s lithium-ion batteries from excessive wear and tear. Therefore, it can be assumed that the mark of 250 km/h is only part of the speed potential of the Tesla Model X P100D.

For all its power, the Tesla Model X P100D remains the serial electric crossover that has retained all the best from less fast-moving versions. This is a full-fledged 7-seater SUV, with a spacious interior, comfortable seating for passengers, and a roomy trunk.

A calm ride on Tesla Model X brings only positive emotions. It has a convenient and ergonomic suspension, tuned to a comfortable ride – it amortizes all the bumps in the road. However, if you press the accelerator pedal, get prepared for an explosion of emotions. The car literally takes off, instantly gaining speed. Such an agility of an electric car is a real challenge for drivers who value driving at high speeds. 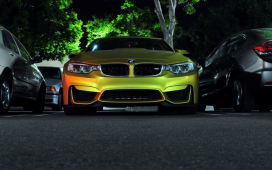 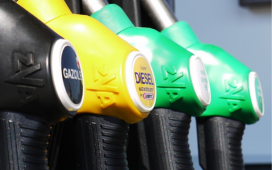 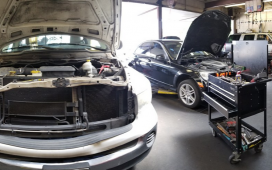 Eco-friendly Vehicles and the Future of the Automotive Industry