Get to know some of the amazing facts about mountain gorillas and make your African safari experience in Uganda, Rwanda or the Democratic Republic of the Congo (DRC) a memorable one!

Each day, visitors gather at the various national parks for briefing on the set the rules and regulations before they set out to meet these endangered gorillas.

Mountain gorillas are a few most awe-inspiring wild creatures on earth and they are a reason why most travelers flock into Africa for a safari holiday. They are the largest primate species with muscular arms, broad chest and hands. Their bodies are hairy to provide warmth during cold the fact that they range mostly in high montane areas.

Mountain gorillas are only in Africa

Currently, fewer than 1004 mountain gorillas do exist on earth and they range not anywhere else on the planet except only in Uganda, Rwanda and the Democratic Republic of the Congo (DRC).

In Uganda, they are found in two known national parks;

These creatures also live in Rwanda, in the Volcanoes National Park. The park is located in the Northern Province and it is part of the larger Virunga Conservation Area.

No mountain gorillas in captivity

The best way to reserve a gorilla permit is to book it in advance. Book with a recognized, reliable and trustworthy tour operator in the gorilla destination and for this case.

How to book Passes:

The description of mountain gorillas

Mountain gorillas are scientifically known as ‘gorilla beringei beringei’. They remain among a few unique and the most looked for creatures by most visitors on visiting the Virunga and Bwindi. You can easily identify them by their unique nose prints. Like humans, mountain gorillas thrive in families of 6-30 members. Each group or family is led by a mature male; silverback-which develops silver line on the back. They derive name based on the nature of their habitat. These creatures thrive in montane areas at altitude of about 1500 to 4000 meters.

The weight of mountain gorillas

Male mountain gorillas weigh about (390 pounds) which is nearly twice the weight of females (250 pounds). This makes them the massive creatures in the world. The mature male mountain gorilla grows bony crests on the top and back of their skulls and their heads takes a conical shape. The crests are reason behind their powerful muscles which are also attached to the lower jaw. Mature females also have crests but they are not so pronounced.

About 98 percent of mountain gorilla DNA is the same as that humans making them our closest relatives. This makes them to be very susceptible to human infectious disease such as flue, cough and other communicable diseases. To protect these apes from human related infections, there are guidelines to all gorilla visits in the national parks where these animals lives.

Female mountain gorillas produce at 10 years. In most occasions, they give birth to one baby. It has been noted that on rare occasion gorillas produce twins. There are a few families in Bwindi and the Virunga where you can encounter Twins.

Like humans, the female gorillas also take about 8.5 months. The newborn baby can weigh from 1.8kgs.  The baby gorillas are breastfed by their mother till they reach 3.5 years. Then the baby can be fully weaned from their mothers’ milk and begin on their diet as mature gorillas.

The Lifespan of mountain gorillas

It is not easy to ascertain the lifespan of the rare mountain gorillas. However, their lifespan normally ranges from 30 to 40 years in average. They grow based on a life cycle and their form does not change dramatically.

Several mountain gorillas have died of natural causes due to old age. An example is Poppy the last living gorilla studied by renowned primatologist Dian Fossey. It died this year at an advanced age of 43 Years.

The mountain gorillas have just got off the list of Critically Endangered Species. Unlike other primate species, mountain gorillas remain among a few creatures whose population keeps increasing though at low rate. Today the IUCN categorizes them as Endangered Species and indeed they remain the most endangered creatures on earth. Mountain gorillas account for not more than 1004 individuals on the planet earth today. In addition, their lives are still at the risk of extinct due to habitat loss, poaching, spread of human infectious diseases and many other factors. Both local and international organizations as well as government and Non-Government Organizations (NGOs) are working hard. They are protecting the gorillas in their natural habitat for future generations. 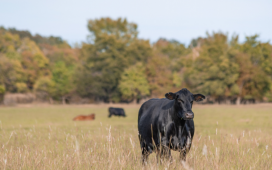 Black Angus and Simmental – the most popular cattle breeds for sale? 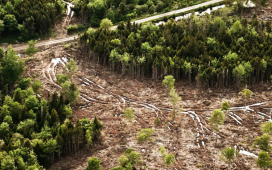 Commercial Whaling: is the Industry Finally Going to Disappear?