Image by Free-Photos from Pixabay

Greenhouse gas emission often takes place within our environments. There are a lot of greenhouse gases out there in our atmosphere. Most of them are very common to us; in fact we emit them on a daily basis without even knowing. An example is the common water vapor that rises to the atmosphere due to convectional heat from the sun and other mediums. And there’s also the carbon dioxide we exhale into the atmosphere every single second we are alive and also through human activities such as deforestation, but the main sources of these gases are mostly the fossil fuels, like the natural gas.

It occurs when carbon dioxide cO2 combined with other gases in the atmosphere absorb the light from the sun. These radiations are meant to leave the earth’s atmosphere but because of the pollutants these radiations become trapped and often can’t find a way out.

These radiations are trapped in the earth’s atmosphere for years, thousands of years if possible causing the earth to get even hotter giving us what we know as the greenhouse effect. Every scientists and every researcher out there knows that there are high consequences for these.

The effects on the environment are massive and could lead to major disasters if adequate measures aren’t taken. Global warming then leads to various climatic conditions like:

1.Torrential rainfalls these torrential rainfalls are so heavy that they cause massive flooding leading to loss of lives and destruction of Properties. It also leads to an increased sea level. The global warming heats up the sea, makes it too warm in the process that could eventually result to a category 3 storm. This is when Natural disasters like the Tsunami and the cyclones begin to take place.

2. Hurricane over the years the hurricane has become one of the most destructive forms of a natural disaster with so many occurrences in the western Pacific region. Countries like the Philippines located in this region have been hit over 20 times with hurricanes in the past years. Other areas are the eastern pacific, western pacific and the Indian Ocean.

The Hurricane otherwise known as a tropical cyclone is formed over warm ocean water. It travels with winds of 74mph (mile per hour) and is usually accompanied by rain and lightning.

Currently human activities are now changing the rate of greenhouse gas emission, because there has been a rampant burning of fossil fuel, resulting in the increase of Co2 in the atmosphere. Increases in Agricultural activities have also made the effect of these gases grow.

Clearing of lands for both industrial and Agricultural uses has become a day to day activity in the current world. A strong effect which has already been mentioned above is the global warming; another effect is Increase in earth’s temperature.

Every industry our modern civilization depends on now, ranging from the refineries, the pharmaceutical companies to the Agro industries has raised the increase of greenhouse gas emission to an alarming height in the last century. The carbon dioxide, methane, the nitrous oxides all these gases are the reasons the earth’s temperatures have spontaneously increased.

Some in the case of drought, which has been occurring in many places around the world, most intensively in Africa. Human Health is mostly exposed and affected through these changes of temperature and climatic conditions. Temperature changes have been partly responsible for most of the sicknesses affecting human health, the most common being Malaria, Fever and Diarrhea.

The greenhouse gas emission is the most serious issue facing the world today and serious preventive measures must be put in place to ensure a safer environment and a safer world for us to live in. 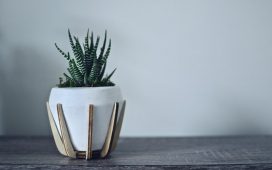