Energy experts have long suggested, the best and cleanest way to meet our energy needs is through renewable energy sources. Likewise, best energy providers in the power industry are leveraging energy resources such as wind power to generate electricity with little or no pollution or global warming emissions.

‘Green energy’ is a modern name to conventionally known as renewable or sustainable energy. It’s the energy that has been created in a sustainable and environmentally friendly manner. We as humans have always been consuming and producing energy generated from coal, gas, fossil fuels, and oil. All of which is quickly running out.

In such conditions, green energy is not only a sustainable alternative for us but is also helpful in reducing the amount of pollution created and released into the atmosphere. Therefore, energy providers across the world are now relying less on fossil fuels and using more types of renewable energy to achieve energy independence.

Why are green energy sources sustainable and clean?

Wind power has a minimal land-use impact explicitly. However, the turbines, along with the transmission lines, might occupy a small portion of the total area of the wind facility. According to a study conducted by the National Renewable Energy Laboratory, less than 1 acre per megawatt is disturbed permanently, and less than 3.5 acres of land per megawatt is disturbed during the construction of a wind power plant. The remaining area can be utilized for a range of productive purposes such as agricultural tasks, livestock grazing, highways, and even hiking trails.

The significant community and public concerns with energy plants can be summed up under sound and visual impacts. With wind turbines, most of the noise generated is aerodynamic (caused by the movement of turbine blades through the air). There’s no hardcore mechanical sound associated with the turbines. Moreover, sound levels mainly depend on turbine designs and wind speed.

The reinvention of solar projects

Modern technologies such as concentrating solar thermal plants and photovoltaic solar cells are effective in dealing with all potential environmental impacts associated with solar power. Few of these issues include habitat loss, extensive land usage, water use and implementation of hazardous materials in manufacturing.

Unlike wind-based power plants, there is a scarcer chance for solar projects to share the land with farming practices. Yet, according to a study by MIT Future of Solar Energy study, if solar contributes one-third of Americans’ electricity by 2050, it would only require 4,000-11,000 square kilometres of ground, an area no larger than the amount of field currently consecrated to golf courses.

Furthermore, to minimize the land impacts from utility-scale solar systems can be sited at lower-quality locations. These may include abandoned mining land, brownfields, or existing transportation and transmission corridors. Smaller-scale solar photovoltaic arrays, which can be mounted on terraces of homes and commercial buildings, also have a minimal land-use impact.

Power generation has lately been criticised as one of the largest sources of global warming emissions. Although the utilisation of fossil fuels has declined, still energy providers have to make some hard choices to avoid the catastrophic consequences to our health, climate and even our economy for decades to come. Generating power from renewable resources is definitely the way to the future. 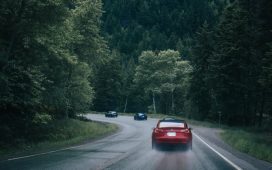 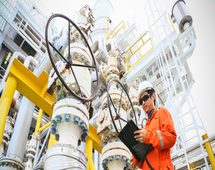