The Top 3 Types of Thermal Energy: What is thermal energy?

If you are curious about the top three types of thermal energy you should know about, we’ve got you covered. Learn more here!

Radiation is constantly hitting every person on Earth, even you. But this isn’t the kind of radiation that comes from nuclear reactions. In fact, without radiation, people wouldn’t be able to survive.

The kind of radiation we all need and use every day is thermal radiation. Keep reading to learn more about what thermal energy is and the three types of thermal energy transfer.

What Is Thermal Energy?

The term thermal energy can refer to a few different concepts, one of which is heat. Heat is a transfer of energy from one thing to another. It typically causes an increase in temperature.

These particles are constantly moving around in mostly random directions. The temperature of an object or system is a measure of how much the atoms or molecules inside it are moving.

If you think about it in this sense, adding heat to a system really just means you’re making the particles inside the system move around faster.

Another important concept in understanding what thermal energy is to understand entropy. Entropy is complementary to temperature and is a measure of the disorder of a system. For more information on it, you can research a better entropy definition.

There are laws of physics that governs the concepts of heat, temperature, and entropy. These laws are called the laws of thermodynamics.

Conduction occurs when energy is transferred within a system without the particles in that system moving from their general location. If you think about a system in terms of atoms and molecules, imagine each particle in a fixed place.

Even though the particles are moving around some because they have a temperature, if they stay in one general area in the system, they can still transfer energy by bumping into the particles around them.

This is how conduction works. It is the main type of heat transfer in solids and viscous fluids. If you heat a piece of metal, none of the atoms in the metal move, but the heat moves throughout the object.

Convection differs from conduction in that the particles of a system are no longer fixed in place. Particles with a higher temperature can move around inside the system and transfer energy.

This is the main type of transfer in low-viscosity liquids and gases. If you think about stirring a cup of coffee, you’re causing warmer parts of the liquid to move around and mix with colder parts.

Since the coffee molecules can move around within the cup, this energy transfer is convection.

The third method of thermal energy transfer is radiation. Radiation differs from both conduction and convection in that energy is not transferred through matter.

Whenever we use a blanket to stay warm, we are keeping the heat that our bodies radiate in a small area, so our bodies can reabsorb it to stay warm. To learn more about how blankets affect our body heat, visit this page.

Now that you know all about what thermal energy is and how it is transferred from one system to another, feel free to do some more research on your own to learn more.

If you liked this article, please like or share and check out some of our other posts! 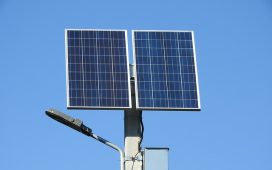 What Are the Environmental Impacts of Battery Storage 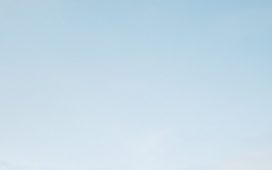 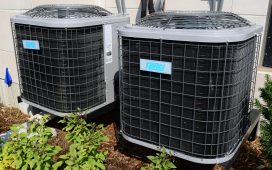