Bodies of Water in Asia that We should conserve

Water bodies are any accumulation of water that cover the earth surface or any other planet. They include rivers, bays, gulfs and lakes. There are many significant lakes in Asia. These include Lake Baikal, Aral Sea and Caspian Sea. Most of them are in danger of being polluted and destroy by men’s not so eco-friendly lifestyle. In this article, I will be sharing some popular bodies of water in Asia that needs our attention and help to conserve it.

Popular Bodies of Water in Asia

Below are the list of lakes/river/seas that I will be covering in this article.

The Caspian Sea is located in Western Asia around Europe’s eastern edges. It is known as the largest lake in the planet. It is referred to as a sea because it is salty at the Southern part. There are plenty of oil and natural gas on the edges of Caspian Sea.

Sturgeon live in the sea in large numbers where they produce many eggs, which are used in production of caviar, valuable commodities. The Sea is salty although there is fresh water flowing through it from Volga River and River Ural. The Sea has a surface area of 371000 sq. km and a depth of 1025 m.

It is found in Western Asia in Uzbekistan and Kazakhstan countries. The Sea is in danger because of pollution of weapon testing residue, industrial pollutants and fertilizer runoff. Its poorly mismanaged and thus named as the largest environmental disaster in the world. The Sea has shrunk to about 60% its original size due to the diversion of rivers Syr Darya and Amu Darya.

It is located to the Southeastern part of Russia and to the north of Mongolia. It is the oldest fresh water lake in the World. It is also the deepest body in the continent with 1620 m. It is also the largest freshwater lake holding a larger volume of up to 20% freshwater in the planet. Baikal Sea has a width of 95 kilometers and a length of 626 kilometers.

The Mekong River is an important source of water along the SEA region. It has a total length of 4350 kilometers. The river is flowing from Tibetan Plateau via Vietnam, Thailand, Myanmar, Cambodia, Laos and China. The Mekong River is full of live and many people have built stilt house along the river. There are even markets throughout the riverbank.

This is one among the Asian main rivers and it flows through Bangladesh, China and India. It originates from Tibetan plateau and it covers a length of 2900 kilometers. The river has floodplains and in which there are many people who rely on it.

This is the longest river in China and it is also the third longest in the world with a length of 6380 kilometers. The river rises to up to Tibet Mountains and it is assumed to have vertical limestone cliffs. Going along the river one may take around three days even stopping in at places of impression.

The river has a length of 2525 meters and flows through India and Bangladesh. It is the largest river in India. It starts from Himalayas and empties into the Bengal Bay. The river is much polluted causing threats to human and environmental health.

This river floats from Tibet into India and Pakistan through the south of Asia. The length of the river is 3610 kilometers and it is known as the great trans-Himalayan River. There is a healthy forest cover around the river which has been there since long time ago. The forest cover may not be found in the present day but the wildlife still exist.

The Bei River is located at the southern part of China. It flows for a length of around 350 kilometers south from Xi to Guangdong River. The river is usually referred to as the North River and it is mostly used for transport between northern and southern parts China.

This is the longest water body in Western Asia flowing to a length of 2800 kilometers. It originates from Turkey, flows through Syria and joins Tigris River in Iraq. Where the two rivers unite they flow to a length of 200 kilometers and it is named Shatt al-Arab. The river has for years being a source of water and even fish.

This river originates from Qinghai Mountains and flows through China, Burma and Thailand. It is 2815 kilometers long and thus it is among the world’s longest waterways. The river pours its waters into the Andaman Sea. There is a sparse population along the river because it is only navigable during the rainy season.

This is the major tributary of River Ob in Western Siberia. It originates from Atlay Mountains and passes via Siberia, China and Kazakhstan. The river has a length of 4248 kilometers and covers an area of 1643000 square kilometers. It is a major navigation route for passenger boats, tankers and freight boats for people of Russia and Kazakhstan.

Yellow River is also known as Huang He and it’s the second largest river in Asia and the sixth longest in the world. It has a length of 5464 kilometers and runs through six Asian states. Its source is Bayan Har Mountains and pours its water into Bohai Sea. The river is known as the China’s Sorrow because of the damage it has caused by floods and the changing of the course.

This is the northeastern part of Indian Ocean. It has an area of 2172000 square kilometers and a depth of 15400 feet. Many rivers in South Asia drain their water into this Bay.

The bodies of water in Asia are major sources of water, transport and a scenic beauty. Some of them are known to be the longest in the world like Yangtze, Yellow River and Euphrates. Some rivers like Tigris, Indus and Euphrates are known for the ancient civilization that took place along their banks. Thus, it is our duty to ensure that all these bodies of water in Asia are taken care of. 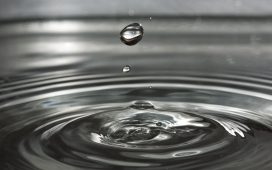 Integrating tourism and environmental awareness: How they go hand in hand ﻿

Can Water Be Cost-Effectively Produced From Air?