The Energy Industry and Climate Change

The energy industry is one of the largest in the United States and we use energy for many different things. From lighting to heating, energy is a large part of our lives. Changing temperatures and the change in the overall climate of some areas has caused changes in how much energy is used. This is predicted to change the way energy is delivered, consumed and produced.

Not only do climate changes affect the amount of energy used, but also the type. For example, in a warmer climate, residents are more likely to use more electricity for air conditioning and less natural gas, wood or oil for heating. This means, if the climate of a normally cold area changes and becomes even just a few degrees warmer, overall, it could decrease the use of natural gas and increase the use of electricity.

What Climate Change Could Lead to Ultimately

Ultimately, climate change could lead to the investment in a new energy infrastructure. The need for more electric generating capacity could be one of the many things the United States needs to invest in to make up for the increased need in electricity. It’s predicted, by 2050, the US may need roughly 10-20% more electricity throughout the country.

Another consideration is how fossil fuel and nuclear power is cooled. Most of these energy plants use water for cooling and with the increase in air temperatures, water will also become warmer. They will need to use more energy to cool the water used to cool the generator for these types of power.

Companies in the energy industry may have to change the way they do business. As a leader in the industry HEI Resources’ Reed Cagle, may need to look at new ways to create and use energy. This could lead to an evolution in how we receive power to our homes and businesses. It’s more than just a climate change that could affect the industry. It also includes the rising sea level, storm surges and other extreme weather events, which may change the way the industry works.

Regardless of how the industry changes, it’s important to understand, global warming is a very real thing. It may not be as severe as some say, but even a small change in the climate of an area can change the way energy is created, delivered and used for the entire area. The government, including President Obama, has already started making moves to figure out how to address this issue. It will be interesting to see how things are changed over the next couple decade and change could be a good thing.

Consideration was received for the editing and publishing of this guest post. 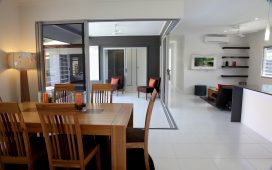 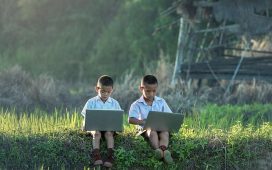