Beef production in the Northern Great Plains region is getting a little “greener” thanks to the efforts of the OSI Group. This multinational meat processor is working with other US Roundtable for Sustainable Beef members to promote regenerative grazing practices in the Great Plains region of Montana. The program, called the Montana Improved Grazing Project, recruits and educates ranchers on regenerative grazing best practices and measures their progress on the ranch over time. Said Western Sustainability Exchange Executive Director Lill Erickson, “Companies like OSI play a leadership role by providing financial support to programs that recognize the essential role farmers and ranchers play in creating healthy soil and increasing carbon capture.”

The goal of the program, which began in 2017, is to have at least 200,000 acres of Montana grassland using regenerative grazing by the end of 2025. According to the a press release about the program, ranchers can also earn a financial incentive “to sequester carbon as well as achieve environmental co-benefits that include restoration of waterways and riparian zones, restoration of native grasses and plant diversity, and the restoration of habitats for insects, birds, amphibians and mammals.”

What is regenerative grazing?

Regenerative grazing, sometimes referred to as rotational grazing or Adaptive Multi Paddock (AMP) grazing, involves moving grazing livestock from pasture to pasture on a regular schedule, allowing for longer periods for rest and recovery for vegetation once the livestock have moved onto the next pasture. Unlike what most non-ranchers think of as idyllic, regenerative grazing bypasses the low density, long-term grazing in a single pasture for short-term grazing by a large herd of animals in a series of pastures. While it may seem counter-intuitive for those outside of the food industry, this grazing practice is actually better for the land and for the animals.

What happens with regenerative grazing

The regenerative cycle of grazing and “rest” allows a variety of things to happen to the grassland.

1. Tall grasses are allowed to grow. By grazing on a single pasture for a short amount of time, the grasses aren’t eaten down to the soil level, allowing the plants to rebound more quickly. In addition, having green growth above the soil line allows the grasses to continue to process carbon from the atmosphere and cleanse the air. Grasses ideally grow to around 6-8″ before the herd returns to any individual pasture.

2. More nitrogen is added to the soil. Densely-packed animals that graze in the pasture provide nitrogen in their resulting urine manure, which gets turned into the soil as the animals graze. According to “Mother Earth News“, this allows “access for rainwater to bring the newly deposited nitrogen and biological activity (microbes in the manure) into the soil.”

About the US Roundtable for Sustainable Beef

The US Roundtable for Sustainable Beef (USRSB) is a multi-stakeholder group comprised of different constituencies, including food companies, ranchers, retail outlets and others, who share the stated mission to “advance, support and communicate continuous improvement in sustainability of the U.S. beef value chain.”  Other current USRSB projects include the Integrity Beef Sustainability Pilot Project and the  American Farmland Trust Sustainable Grazing Project.

How Can We Cultivate Sustainable Practices At Home?

OSI Group and Impossible Foods Team Up for Global Sustainability

Sustainable Construction According to Rusty Tweed 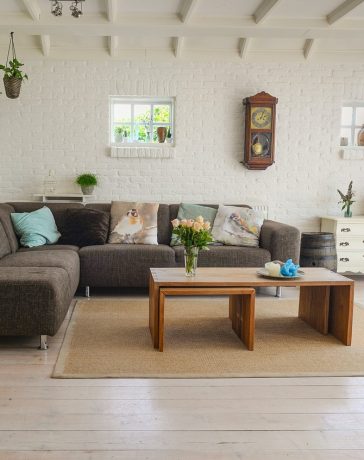